Click the projects below for more infomation about the work we have done. 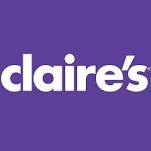 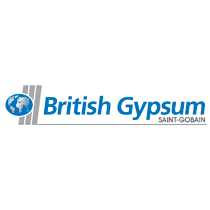 2
LED lighting is too bright

Whenever any new technology is launched into the market place price is always a considering factor no matter how great the claim. Market saturation and competition has driven pricing down to an affordable and commercially viable level.

LED luminaires (fittings) may appear brighter, (depending on design) the light source is produced by individual chips and therefore the sighting or positioning is key to performance, with this is mind both the quality of the product and design of the installation are key to achieving correct lighting levels.

LED lighting consumes considerably less energy than conventional lighting, however history and experience has shown that energy savings on average are between 70% and 80%.

LED lighting is virtually maintenance free however any installation would benefit from scheduled servicing and cleaning to ensure optimum performance is maintained throughout the product life cycle.

LED technology is now produced in an variety of shapes and sizes allowing it to be used in numerous applications. The product flexibility allows lighting to be used in ways that wouldn't ever be imagined before.

In any environment it is essential that light levels are appropriate and allow people to complete their particular tasks. There are many benefits that result from upgrading current lighting with new, efficient, and brighter LED lighting and many environments are exploring the possibilities and rewards of making the change to LED. By now, most anyone asked knows that LED lighting is greener and less expensive to use than traditional lighting, but those aren't the only reasons to use LED lighting. Other, less obvious but often more beneficial reasons are hiding right under our noses. Schools, colleges and universities around the country have been exploring these hidden perks and have seen just how helpful LED lighting can be.

LED lighting is also safer than traditional lighting because of its low heat output. Lower heat output means less chance of a fire being started by lighting equipment. The additional light output of LED also helps to better illuminate dim spaces which in turn makes the chance of trips, falls and other minor accidents far less likely. Another safety feature of LED lighting is the lack of glass in many fixtures. Both incandescent and fluorescent light bulbs are glass and they can break. Many LED fixtures on the market, however, do not include any glass or other materials that are overtly dangerous when broken. The brightness of LED lighting can also help to stop or reduce vandalism on school grounds. 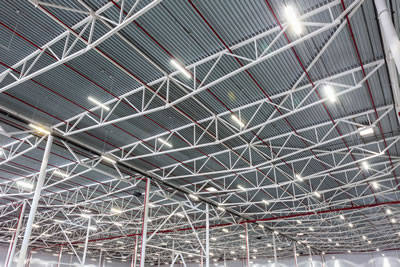 Our work at the Sussex Exchange has been wide ranging.

Internally, this includes the installation of flicker free LED lighting panels within the conference rooms, RGB coloured lighting system to help set appropriate scenes for themed events. To ensure complete control all of these systems have been linked to a wireless system which allows control via an iPad application.

Our latest project, the cinema as certainly tested us, here LED lighting technology and computer controlled audio visual systems means that it is possible for the cinema to run completely autonomously.

Externally we have assisted with the general appearance and “feel” of the building, installing LED floodlighting to allow the owners to showcase the natural beauty of the location, whilst over 250 meters of LED tape has been installed to illuminate and ensure this building is seen from the passing potential clientele.

P&S Electrical and Led by Vision have entered into a joint venture to assist Claire’s Accessories improve their customer experience. The retail outlet supply brightly coloured accessories, it was felt that the existing lighting scheme wasn’t sufficiently highlighting these products sufficiently.

The retail outlet opens for over 80 hours per week which allowed the proposed scheme including installation costs to be returned within the targeted period.

Our project management ensured that the refit of this store caused minimal disruption. Our pictures show the team completing this refit outside of trading times, removing the existing installation and installing a pre-wired fitting which had been prepared in our workshops in Hastings.

The refit of this entire store took just over 5 hours! 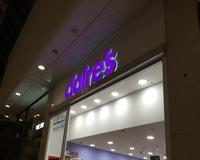 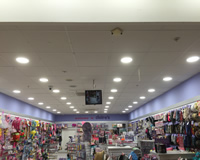 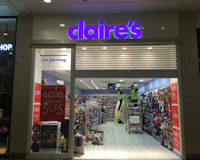 P&S Electrical had secured the external lighting and maintenance contract for this site back in 2012, during such time we have recommended various LED products which have assisted with improving the lighting levels and increased reliability.

During 2015 we were asked to recommend and install a product which would replace 350 internal high bay fittings. This project tested our capabilities in relation to both project and supply management. The site runs 24 hours a day 6 days a week, works had to be planned in detail to ensure that these particular areas were accessed at the given opportunity. 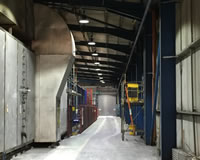 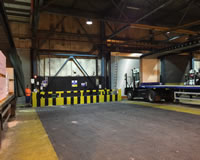 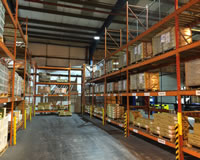 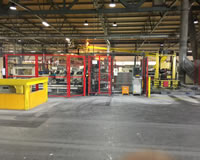 Whilst conducting a cost reduction exercise for Hastings Business Operations (owners of the Innovation Centre) P&S Electrical identified potential savings in relation to the external lighting for the building.

During a survey and subsequent energy usage analysis we were able to recommend a suitable product, which not improved the light levels only but assisted with reducing ongoing maintenance and energy usage.

The video demonstrates the work of our engineers and how non disruptive the retrofit program can be.